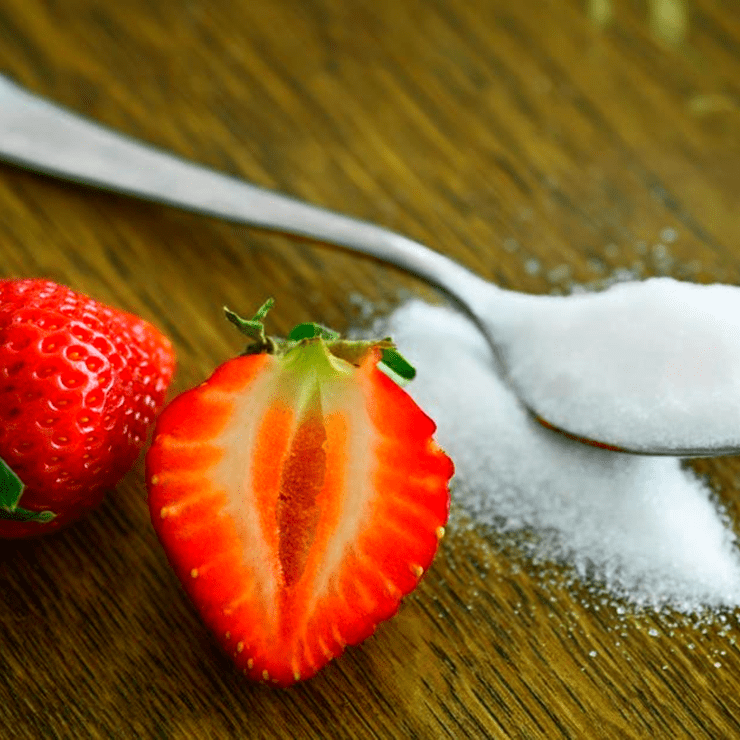 “Natural” sugars: what does that mean?

Natural sugar goes way beyond traditional table sugar. There’s sugar in the raw varieties, coconut sugar, agave nectar, honey, and the oft-demonized high-fructose corn syrup. Honey and molasses are often turned to instead of table sugar because of their natural properties, but they have the exact same glycemic index as sugar.

Agave nectar is sometimes lauded as a healthier alternative to table sugar because it has a lower glycemic load — which basically means it’s kicks up blood sugar levels more slowly — but it’s still very refined and processed, according to gastroenterologist and obesity medicine specialist, Dr. Nitin Kumar. It also has a high fructose content, which means it has similar properties to high-fructose corn syrup; they both convert sugar into fat more easily than table sugar. So more or less whether a fancy name for sugar or not, they’re all the same. Except high-fructose corn syrup, which should still be avoided like the plague.

So how much sugar is “OKAY”?

Artificial sweetener: what are the differences?

With artificial sweeteners, things get complicated because there are so many different FDA-approved types:

Also known as Sweet’N Low, is a little more controversial; saccharin was deemed unsafe after a study in 1978 found a connection between the sweetener and bladder cancer in rats. But subsequent studies have found no clear correlation between saccharin and cancer in humans, since we process it differently than rats do. Go figure. More recent research suggests it could even help inhibit cancer cell growth… wait, what? Even though the National Cancer Institute says it’s safe for consumption, the 300-times-sweeter-than-sugar sweetener hasn’t been as popular since the whole late-’70s debacle. We’d say this is your WORST choice.

Is the most common ingredient you’ll find in sugar-free processed foods, like diet soda. It’s also sold in little packets under the brand names Equal and NutraSweet, and is 200 times sweeter than sugar. Unlike other sweeteners, which generally just pass through your body, aspartame is metabolized into compounds found in natural food. It’s considered safe in small amounts, except for people with phenylketonuria, a genetic disease. We’d say this is your NEXT WORST choice.

Also known as Splenda, passes through the body easily and does not build up in body fat. It’s also 600 times sweeter than sugar, so a little goes a long way. A bad choice but so far not as harmful.

Is about 300 times sweeter than sugar, has been touted as the latest, healthiest artificial sweetener because it comes from the Stevia rebaudiana plant. A plant, that must be good! It has zero calories, and Dr. Kumar says it can result in lower glucose and insulin levels after meals than sugar. But overall, the hype could be more marketing than scientific fact; while Rebaudioside A, also known as stevia extract, has been deemed generally recognized as safe by the FDA, pure stevia has not been given the same stamp of approval. Overall, artificial sweeteners are generally all on the same playing field anyway. The best of these four choices.

“As far as the long-term health effects of using artificial sweeteners, the FDA has recognized some artificial sweeteners (saccharin, aspartame, sucralose, stevia extract) as ‘generally recognized as safe,'” Dr. Kumar explains. “Because they generally pass through you without being digested (except aspartame), and because they have been studied extensively in labs, they are accepted as safe for long-term use (other than aspartame in people with phenylketonuria).”

“Safe” is one thing, but most people turn to artificial sweeteners as a way to reduce calorie consumption. That’s where things get a bit trickier. The verdict is still out on whether sugar-free sweeteners cause people to consume fewer calories overall. Although they would appear to (diet soda is calorie-free!), some studies claim that artificial sweeteners give you an increased appetite. But most of the research on it is conflicted, so doctors can’t really say for sure either way.

Sugar Alcohols: The next Sugar Frontier?

For many decades, sugar alcohols have been popular alternatives to sugar. They look and taste like sugar, but have fewer calories and fewer negative health effects.  In fact, many studies show that sugar alcohols can actually lead to health improvements.

What Are Sugar Alcohols?

Sugar alcohols (or “polyols”) are types of sweet carbohydrates. As the name implies, they are like hybrids of sugar molecules and alcohol molecules. Despite the “alcohol” part of the name, they do not contain any ethanol, the compound that gets you drunk. Sugar alcohols are safe for alcoholics. Several sugar alcohols are found naturally in fruits and vegetables. However, most are produced industrially, where they are processed from other sugars, such as the glucose in corn starch. Sugar alcohols look like white crystals, just like sugar.

Unlike artificial and low-calorie sweeteners, sugar alcohols do contain calories, just fewer than plain sugar. The most popular are these in order of best choice:

Erythritol is another sugar alcohol that is considered to have an excellent taste. It is processed by fermenting the glucose in corn starch. It has 70% of the sweetness of sugar, but only 5% of the calories. Along with the low-calorie sweetener stevia, erythritol is the main ingredient in the popular sweetener blend known as Truvia. Erythritol does not have the same digestive side effects as most other sugar alcohols, because it doesn’t reach the large intestine in significant amounts. Instead, most of it gets absorbed into the bloodstream and then excreted unchanged in the urine. Your best choice if you’re reducing calories and maintaining stable blood sugar.

Xylitol is the most common and well-researched sugar alcohol. It has a distinct mint flavor, and is a common ingredient in sugar-free chewing gums, mints and oral care products like toothpaste. It is about as sweet as regular sugar, but has 40% fewer calories. Aside from some digestive symptoms when consumed in large amounts, xylitol is well tolerated. An okay choice unless you have some digestive symptoms.

Sorbitol is claimed to have a smooth mouth feel and cool taste. It is 60% as sweet as sugar, with about 60% of the calories. It is a common ingredient in sugar-free foods and drinks, including jelly spreads and soft candy.  It has very little effect on blood sugar and insulin, but may cause significant digestive distress. A bad choice.

Maltitol is processed from the sugar maltose, and has a very similar taste and mouth feel as regular sugar. It is 90% as sweet as sugar, with almost half the calories. While products that contain maltitol can claim to be “sugar-free,” it is well absorbed by the body and does cause spikes in blood sugar. If you have diabetes, then be skeptical of “low carb” products that are sweetened with maltitol, and make sure to monitor your blood sugars carefully. NOT a good choice at all.

Other sugar alcohols that are commonly found in some food products include mannitol, isomalt, lactitol and hydrogenated starch hydrolysates.

To eliminate added sugars, you first need to find them, which is no easy feat. For one thing, sugar goes by many different names. Common ones include agave, brown sugar, cane juice, cane sugar, coconut palm sugar, evaporated cane juice, fruit juice concentrate (such as apple or pear juice concentrate), honey, brown rice syrup, maple syrup and high fructose corn syrup. And as we mentioned “natural” or plain “table” sugar they are all the same to your body and all the same in terms of dangers.

So which one is better?

This article compiled from articles by Samantha Cassetty, RD, at nbcnews.com, Christina Stiehl Austin is a Health and fitness staff writer for Thrillist and finally,  experts at Authority Nutrition.
Want a different experience at a Glendora urgent care? Integrative Urgent Care IS it.

If you are in need of urgent care... BOOK ONLINE NOW

DISCLAIMER:
*The content presented on this page is not intended to diagnose health problems or take the place of professional medical care. 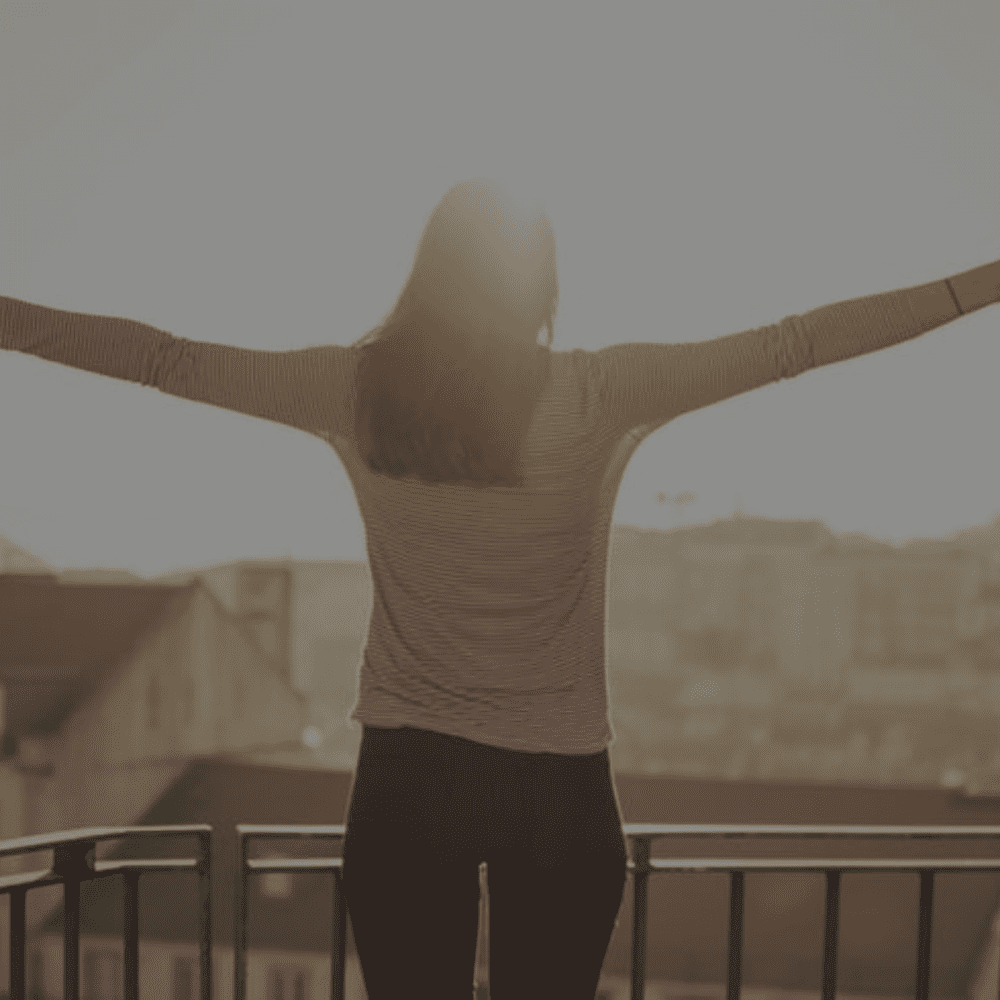 New Study: Five Habits Add More than a Decade to your Life

Study just concluded a lifetime of habits like healthy eating and not smoking can extend your lifespan dramatically! According to a major study in the Circulation Journal into how behavior can impact lifespan, incorporating five healthy... 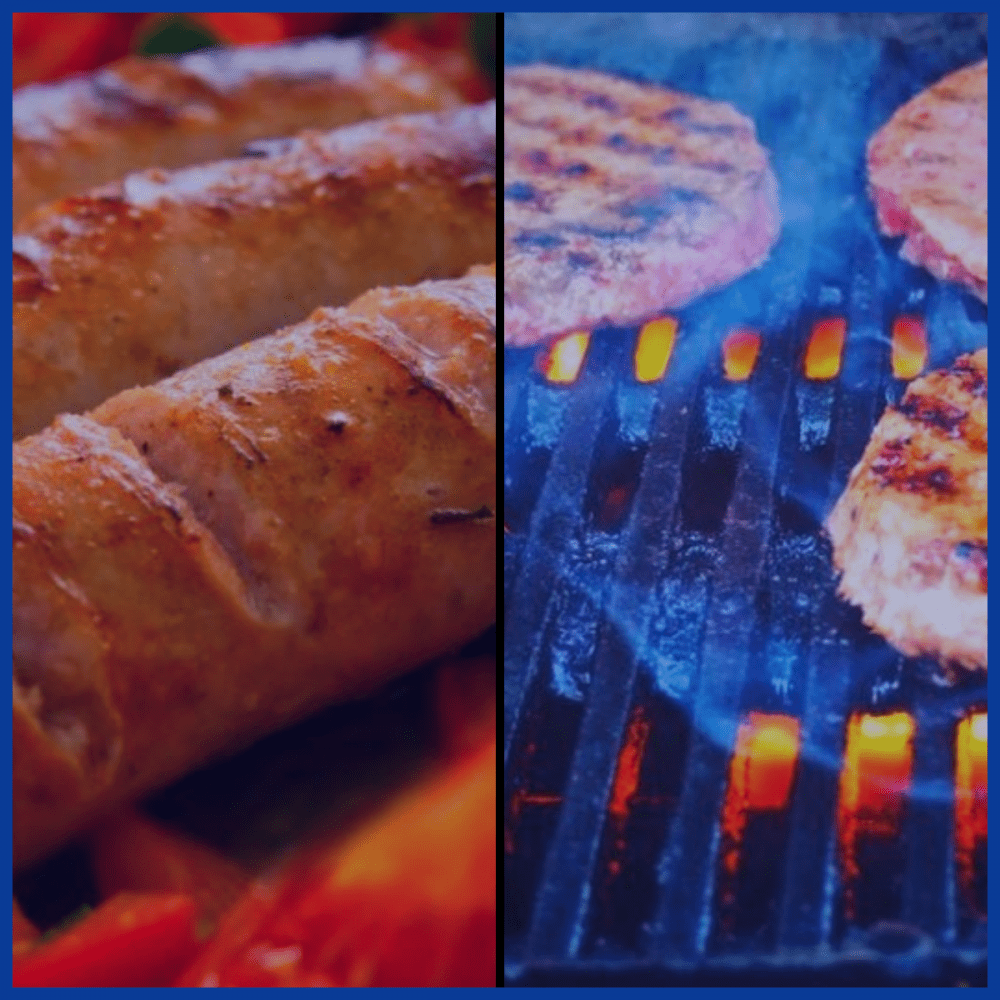 Which is healthier: A hot dog or hamburger?

In BBQ season, only one of these favorites comes out on top. Baseball season has officially begun, so barbecue season is not far behind. As you decide what to put on the grill, you may be wondering which all-American food — a hot dog or a... 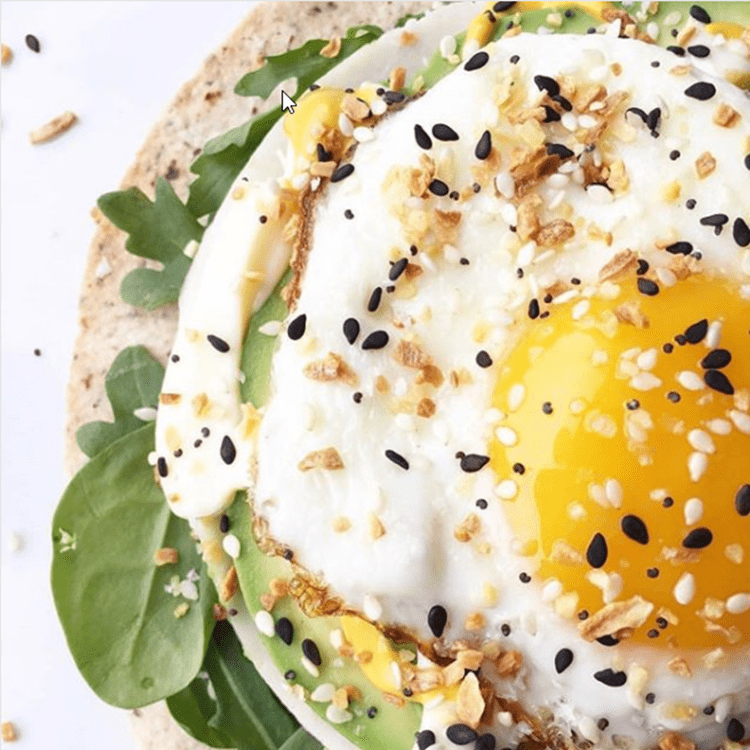 These are the TJs products dietitians can’t live without. As a dietitian, it’s my job to make eating well easy and accessible for people. And as a busy working parent, I need fast, nutritious solutions myself! 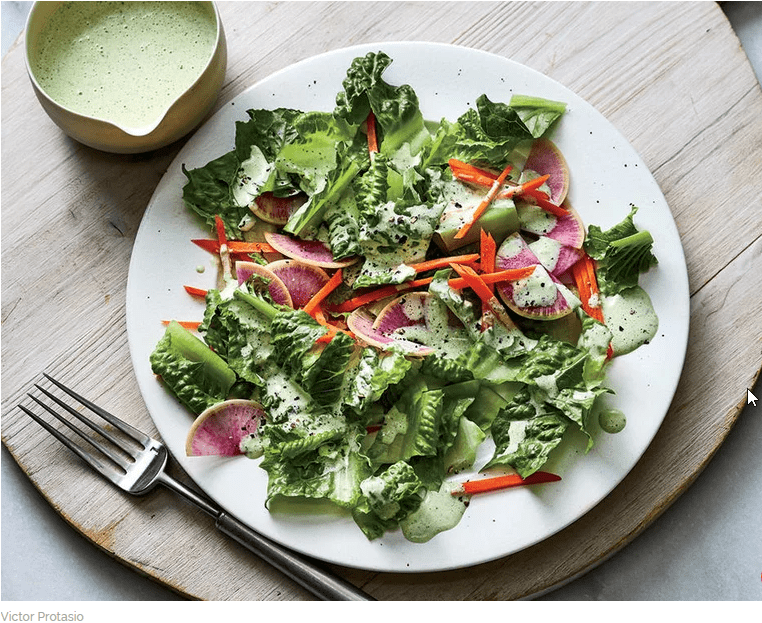 Did you eat romaine lettuce before you heard the warnings? Both the Food and Drug Administration and the Centers for Disease Control have asked Americans to discard all romaine lettuce following an outbreak of E.coli that’s been traced back to the.. 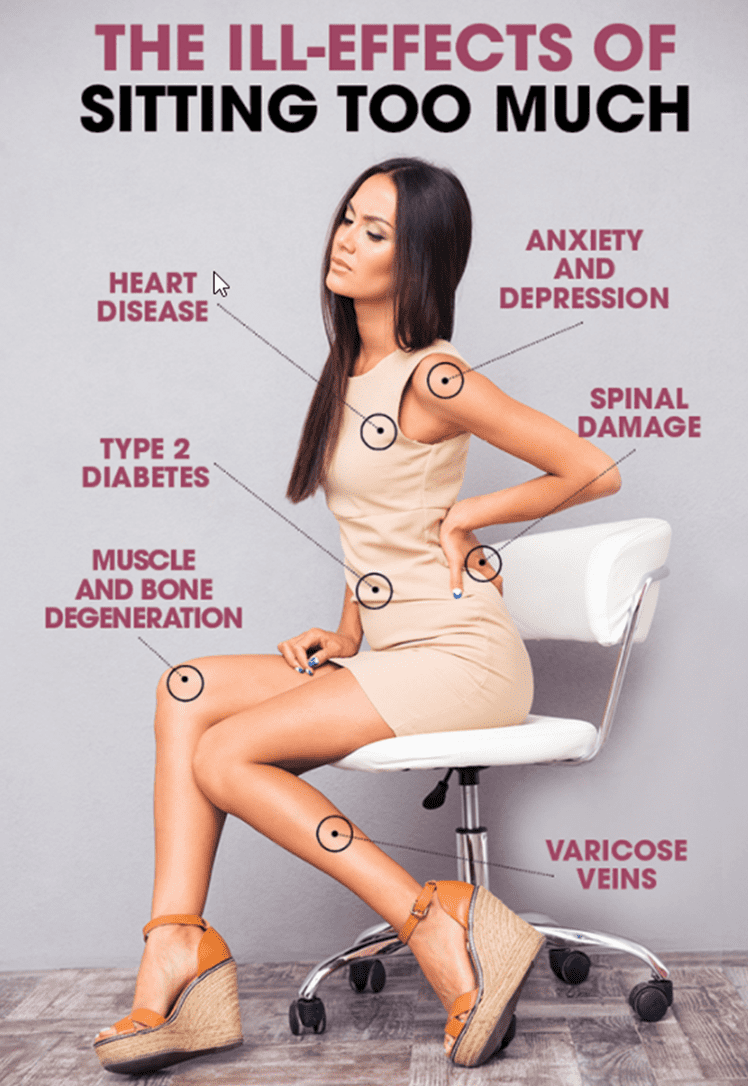 Why Sitting is Bad for Your Health

Are You Sitting Too Much? Research has linked sitting for long periods of time with a number of health concerns, including obesity and metabolic syndrome — a cluster of conditions that includes increased blood pressure, high blood sugar,... 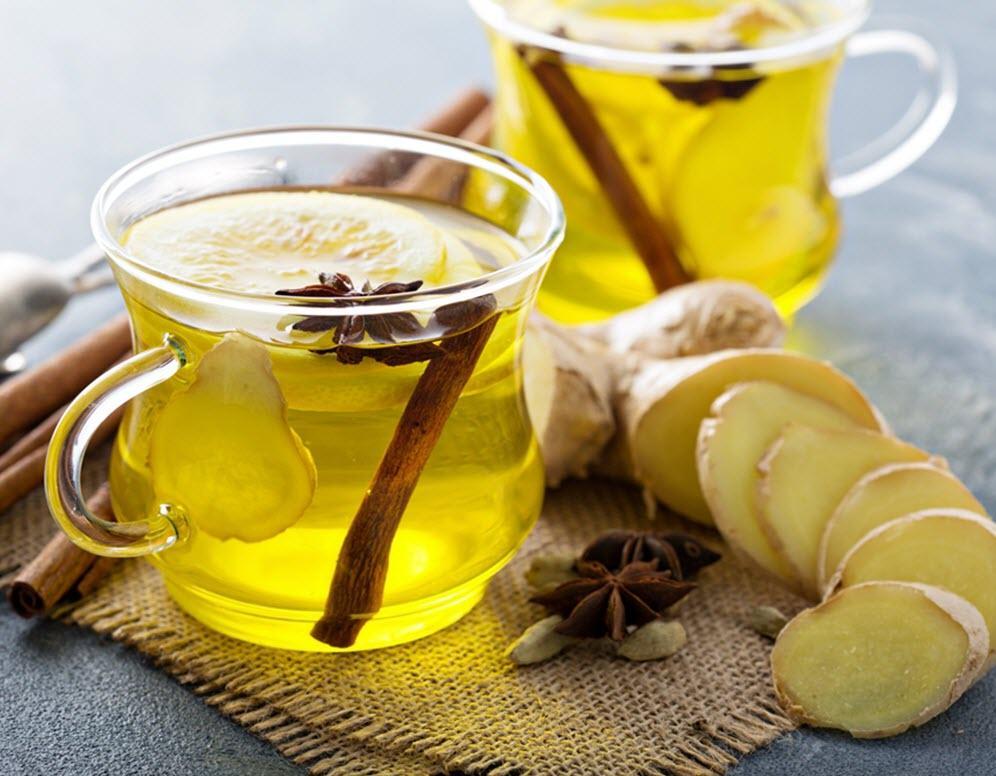 How to Quickly Recover From the Flu

HERE’S 7 KEYS TO GETTING PAST THE FLU FAST: Integrative Urgent Care is the place to go for Influenza prevention, treatment, and education. With our extended available office hours and online check-in you’ll be treated quickly and efficiently.